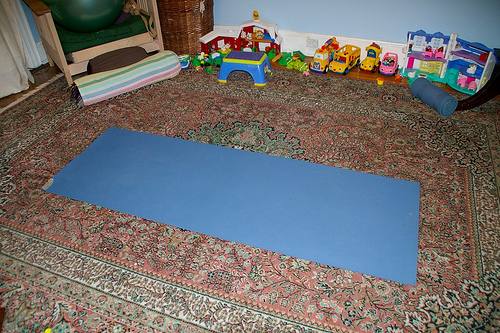 can seem rather cold and uninviting.  But compared to Snowmageddon, Snowpacolypse, snOMG!, pick-your-nickname-for-the-blizzard, hit Washington DC on Friday night and looks like it has shut us down at least through today and possibly tomorrow.  Somewhere north of 2 feet of snow fell in our yard between Friday afternoon and Saturday evening with 30 odd inches being reported in the suburbs just north of DC. Heavy, wet snow took out trees and power lines around the region, leaving tens of thousands without electricity on Saturday.  All three regional airports had canceled all flights by mid-day Saturday; Amtrak shut down most trains in and out off DC, and Metro canceled bus service and above ground rail service.  For the first time in 30 years, the Post Office took a snow day. (more)

Harris Teeter stayed open . . . We watched a steady stream of people carrying groceries and beer past the house all day.  Unfortunately, they were completely out of chocolate chips and sugar (save a couple containers of organic, raw, or individual sugar packets) by Saturday afternoon when we checked.

Really, public safety officials did an impressive job during this round of snow.  Warnings started coming days in advance and local and federal government and DC schools all dismissed early on Friday. At 1:30 pm, Metro was standing room only.  By 5:30 when the snow was just starting to stick we decided to go for a walk and see if Blockbuster had stayed open (and/or had any movies left), DC was near ghost town. There were no people pouring out of the metro and nearly no cars on the road, except for emergency vehicles.

While many mocked Arlington County's warning to be prepared to "shelter in place for 3-5 days," the overall emergency response must be credited with how few fatalities have been reported so far.  After they emptied grocery stores of all potentially useful supplies, people went home and stayed there for nearly 24 hours. Late afternoon Saturday, the streets were still the domain of kids on sleds and hardy folk heading out on foot, with only the occasional 4wd vehicle or snow plow.