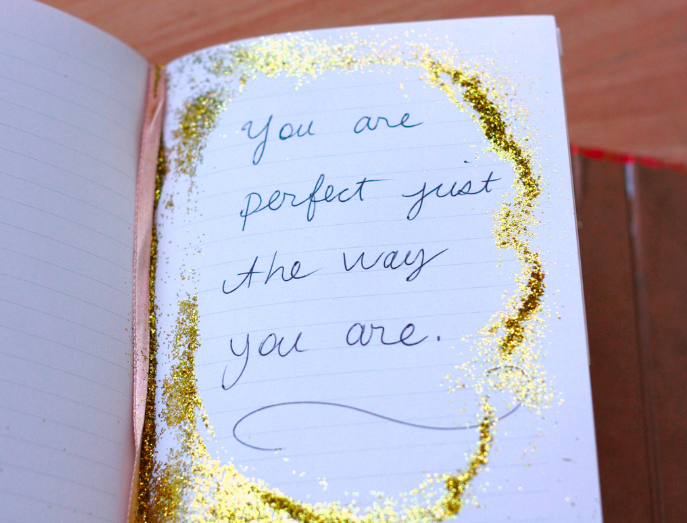 It’s the 2nd week of January; have your resolutions already started to slip? Well, you are probably not alone. According to Forbes Magazine, 8% of New Year’s resolvers keep their resolutions.

I took a New Year’s Day yoga workshop last week and reported, during the introduction question, that I am entirely erratic as to whether I make New Year’s resolutions and whether I keep them. Some year’s, I’ve had elaborate plans; others, I’ve had vague intentions. And I’ve been known to abandon both the elaborate and the vague fairly early in January.

But what makes a resolution successful, and if you are already perfect, as yoga teaches should you be making a New Year’s resolution at all?

I don’t think yoga and resolutions are incompatible (nor are resolutions necessarily best at the new year, but that’s another topic).

res·o·lu·tion
ˌrezəˈlo͞oSHən/
1. a firm decision to do or not to do something

Discipline is integral to yoga. A yoga practice requires a resolve to practice. You are not your habits but your habits affect you. Constructing the resolution in a way that honors yourself as whole and complete already can be tricky, but it can also be a key to your success.

A couple questions to ask:

Typically, when people are making a New Year’s resolution, they don’t start with the right questions, so they end up making a resolution that is ineffective. Most people start with the question: “What should I do?” It may not even be a conscious, implicit kind of thing, but they start from: “What do I criticize about myself that it’s time to change?” Or “what is it that I don’t really want to do that I know I should do?” It’s kind of a typical self-improvement perspective. “I don’t really like exercise, I guess I should do it.” Or “my closet is a mess, it’s time to get organized.” “I’ve never had a clean desk in my life, but I think that good people have clean desks, so this is the year I’m going to have one.”

People come up with resolutions that don’t reflect what matters most to them, and that makes them almost guaranteed to fail. Even if that behavior could be very valuable and helpful — like exercise — if you start from the point of view of thinking about what it is you don’t really want to do, it’s very hard to tap into willpower. If there’s no really important “want” driving it, the brain system of self-control has nothing to hold on to.

The last time I made a very complex set of New Year’s resolutions that stuck was 2005. I made 5 resolutions and managed 3 of them that year, including loosing 30 pounds and running the Marine Corps Marathon. That year, my goals met many of the criteria for what makes a good resolution:

And my goals had other elements that often lead to success:

And finally, you have a way of managing slip-ups, both in attitude and action. So if yes, your resolution has begun slipping, what do you do now? Do you choose self-berate or reflect?  Yoga teaches self-compassion and discernment. If your resolve is wavering, can you lovingly figure out why and change it or let it go?

As Gretchen Rubin of The Happiness Project says:

We all have longstanding resolutions hanging over our heads – resolutions that we want to keep, but we don’t really make much progress towards, and which can therefore give us a feeling of powerlessness or failure. As important as it is to try to keep resolutions, sometimes you need to give up a resolution.

I worried that by also setting the goal to Run 26.2 Miles on October 30, 2005 I might be undermining the first goal. Without being very organized about restricting your diet while eating enough nutrients to fuel your running, it’s pretty easy to compensate for the running by eating more. I weigh almost exactly what I weighed when marathon training started.

My reasons for wanting to lose weight were mostly about fitness and long term health. While I was certainly doing the exercise required for health, I wasn’t making the eating choices necessary to lose weight (remember, lots of running = very hungry). My habits around food weren’t serving me and I knew it.

Ultimately, I decided that I really did want to do both and made a new plan that got me more excited (and less reactive) about eating than I had been in years. The result is that, 8 years and 1 baby later, I still weigh 30 pounds less than I did in January of 2005.

Over the years, I’ve considered trying to lose another 10-15 pounds*, but that hasn’t yet aligned with the first criteria above – something I really and truly want – and I’ve been focused on other things that I do. Maybe I will want it someday; maybe I won’t. Maybe it will be a side effect of another goal I’ve considered setting.

Ever since I was 8 and fell on my head trying, I’ve wanted to do a back walkover. I didn’t set that as my intention in the above mentioned-workshop, but maybe soon. I’ve got another milestone birthday coming up . . .

In the mean time, see image above 🙂

Jennifer Mueller has been teaching yoga for children and families in Washington DC since 2008. Jen is a Yoga Alliance® Experienced Registered Yoga Teacher (E-RTY 200) and Registered Children’s Yoga Teacher (RCTY) as well as a Certified Educator of Infant Massage (CEIM), a Certified Baby Signing Time Instructor, and an International Board Certified Lactation Consultant (IBCLC).

Photo credit: Sparkling Inspiration: You are perfect just the way you are by Flikr user SweetOnVeg, Used by Creative Commons License.

*I initially started putting on weight as an unhappy middle-schooler, so don’t have an adult point of reference, but do have a big motivator for bringing more yoga to pre-teens and teens.