Turn It On…And Turn It Off 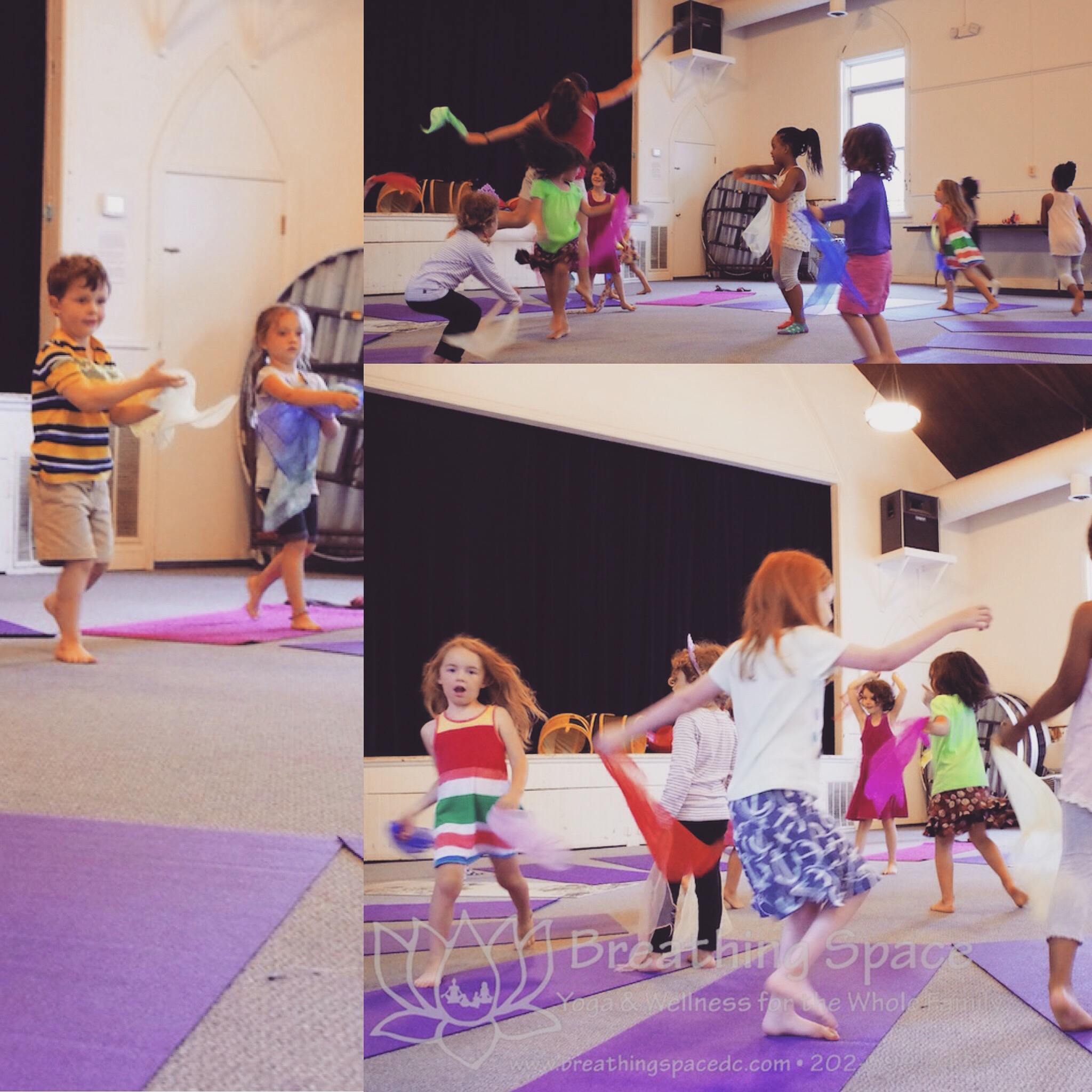 The Freeze Dance.  It’s a fixture of nearly any early childhood movement class.  In its simplest form, kids move when the music is playing and freeze—like a statue—when the music stops.  Freeze Dance is great because it grows with the children.  There are endless variations.  Dance with a scarf. Dance with a partner.  Instead of dancing, choose any gross motor activity.  Spin, crawl, gallop.  Instead of freezing like a statue, freeze in a hoop on the floor.  Freeze back to pack with a friend.

When I’m working with my tots, I just have them move when the music is playing and freeze when the music stops.  Often I’ll have them holding scarves because when you’re under 2, everything is more fun with a brightly colored scarf.  I might play a song that gives verbal direction to the movements (shake, jump, dance).  The littlest yogis can’t keep up with the lyrical cues, but it gives their grown-ups ideas about how to dance, and the kids will generally follow the leader.  When the music stops, they stop.  And that’s the game.  But…how is that yoga?

First, its important to remember that yoga isn’t about the poses.  Yoga is about conscious living–mindfully responding the things life throws at us. And Freeze Dance is, at its heart, an exercise in self regulation.  Self regulation is our ability to manage our energy, feelings, thoughts, and behaviors. Exactly like yoga.  And like everything else for a young child, self regulation is a learned behavior.

Children, especially through preschool age, process things very slowly.  When we have to repeat an instruction over and over before they listen, its often not because they’re ignoring us.  Its because their brain takes entire minutes to process what we’ve asked them to do, run it through the circuitry to figure out how to make it happen, and then take action.  The more opportunities they have to practice self regulation, the faster they can master the ability to shift gears. Games like Freeze Dance have the added benefit of being a way to practice the skill that isn’t loaded with any real caregiver expectations or emotions.